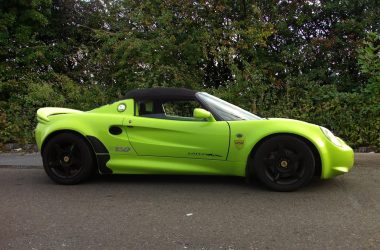 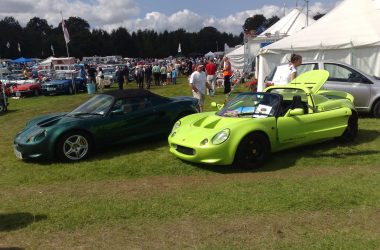 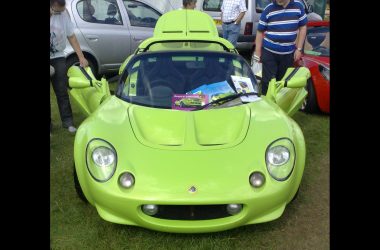 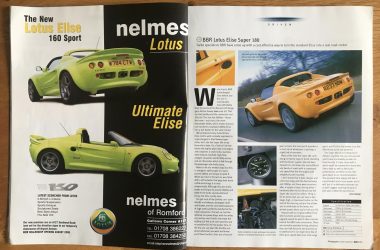 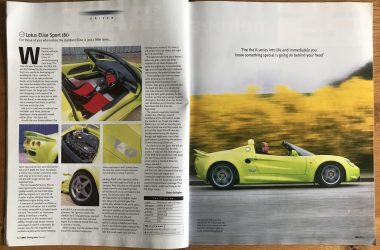 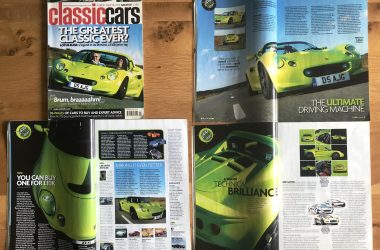 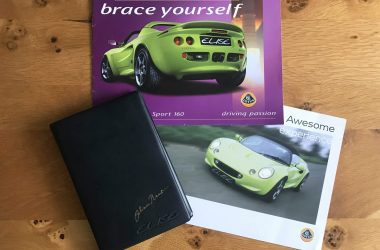 Please see feature cars for full write up on this car.

Very rare car in Scandal Green one of only 7 SVA models ever made, AKA the ‘Toxic Frog’.

A famous car, it was originally Lotus main dealer Nelmes of Romford’s demo car and was used for their advertising including magazine adverts. While in their possession it was lent to EVO car magazine who did a 2 page spread review of the then new Sport 160 in issue 19, May 2000. Later in its life February 2007 it featured on the front cover of Classic cars magazine and had a further 8 page review inside. It also briefly appears in January 2007 Classic car magazine. See photos for confirmation of all the above.

We were also told it was the car used for the official Lotus sport 160 brochure, they only made 7 so 1 in 7 chance but we have no confirmation of this, however it did come with a separate paged A4 binded version of the brochure along with an original dealer copy. The original owners folder is signed by Julian Thompson the designer of the series 1 Elise.

This is SVA sport 160 number 24 out of the first 50 made with certificate of provenance from Lotus to prove.

HPI check shows its had the following registration numbers in its life:

7 owners from new, more than average but Nelmes were the original owner and all the other owners are enthusiasts traceable through the owners clubs.

Full service history with stamps in the book and folder full of invoices.

As you can see fantastic service history.

Fitted with the following sensible upgrades:

Absolute joy to drive, our all time favourite Elise from the 100’s we have owned. So much so we have kept it 6 months and done a number of shows (see photos) before deciding to advertise. However it has to make way for a Audi 20v turbo powered Exige project that is nearing completion.

The whole car really is in stunning condition and must be seen a real head turner.

It really does have so much character, with fantastic provenance and history, will be sorry to see it go.